← back to
AnalogueTrash
Get fresh music recommendations delivered to your inbox every Friday.
We've updated our Terms of Use. You can review the changes here.

Temple of the Sacred Heart 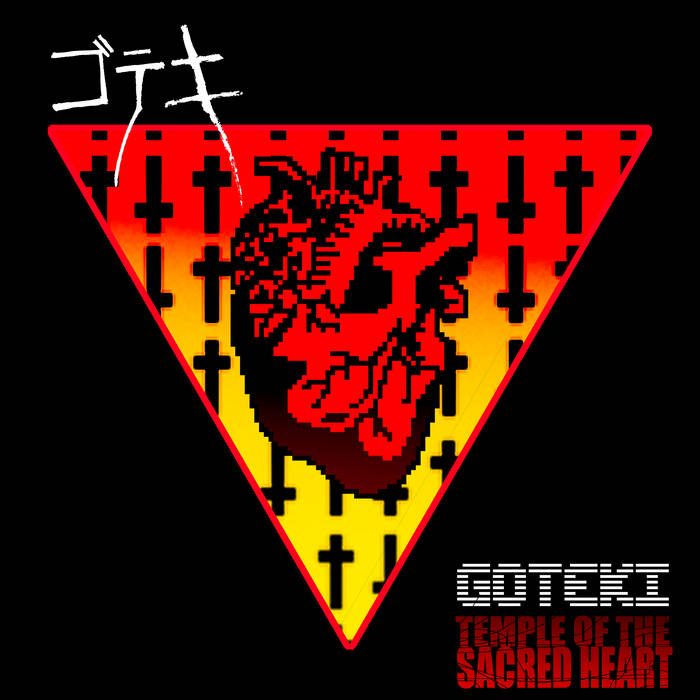 10 years after releasing 'Santa Muerte', Goteki have released 3 singles over one weekend in the run up to their next album 'GOTEKI O/S 2: Escape from the Void', due for release in Winter 2018 via AnalogueTrash.

The 3 new singles showcase a more polished, punchier sound than their classic material, but with a clear return to the nerdy irreverence and darkly colourful vibes of their classic 2002 album 'GOTEKI O/S'.
The new releases run the musical gamut from Speak n Spells to full orchestras, via pounding beats, bit-crunched violins and searing electronics.

While the music is bristling with energetic mischief, the lyrics of all three songs reflect the more thoughtful, affirmational side of Goteki - songs of redemption and an escape from fear and loneliness.

"Feel the Fear" is a brutally honest journey through anxiety, "Gold/Dust" asks the listener to understand their own strength and "Temple of the Sacred Heart" is a joyful reminder that needing support in dark times isn't a weakness.

Songwriter and vocalist Ross Tregenza’s convoluted musical path over the last decade (during which he joined 80s pop band Visage and became a composer and sound designer for many major video games) has definitely informed Goteki’s music, and the result is a quirky hybrid of 80s pop, synthwave, industrial and orchestral sounds.

The band are playing a series of live dates across the UK to celebrate the release of their new material and promote their upcoming album.

All songs written, performed and produced by Tregenza (Sugarglider Music)
Artwork by Tregenza

Goteki are a Nottingham & Bristol UK based industrial duo, with a style they describe as ‘Death Electro’, fusing elements of industrial, synth pop, new romantic and occasional epic scoring components (largely influenced by Singer/Songwriter Tregenza’s work as a video game composer). Studio music is composed and performed by Tregenza, who is joined live by Ali Star on Bass & Synths. ... more

Bandcamp Daily  your guide to the world of Bandcamp